WHEN THE SUN WAS VEILED LIKE A WIDOW IN MOURNING 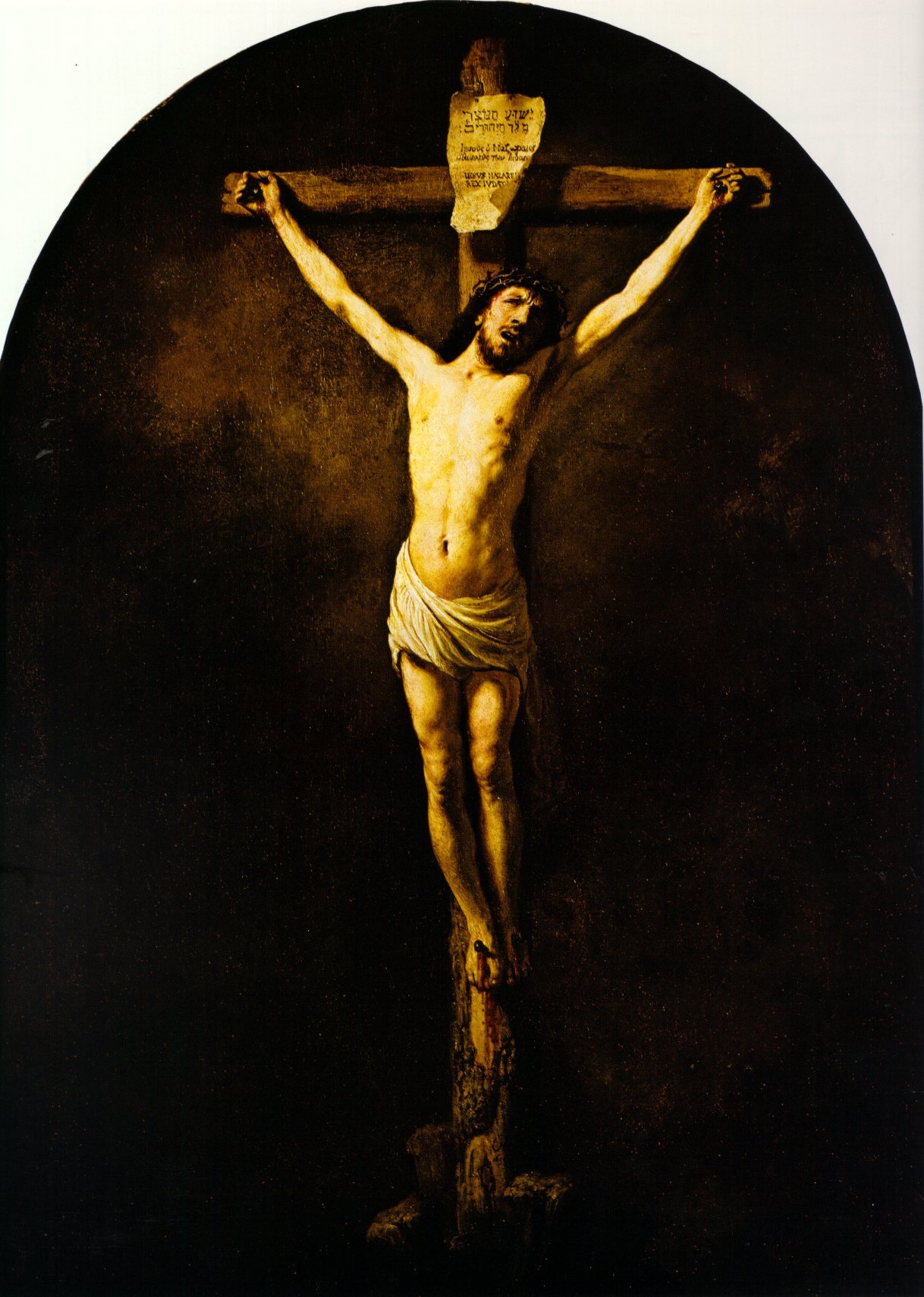 We are in Good Friday. May I humbly invite you to join me in meditating on the Sorrowful Passion of Our Lord Jesus?  I have written an aid to meditation that draws on Mary of Agreda and Anne Catherine Emmerich. For the perspective of the Blessed Virgin I have relied on Mary of Agreda, and for the perspective of Our Lord I have relied on Anne Catherine Emmerich. Together they form a synthesis of sublime insight into the agony experienced by Our Lord and His Blessed Mother.

The floor of Mount Calvary was drenched in the blood of condemned criminals. A foul smell wafted from the putrified dead bodies that were strewn around. Just as the executioners were preparing to take off Jesus's tunic, Our Lady surrendered all her natural rights to her Son to the Heavenly Father: "My Lord and eternal God...As His mother I have a natural right in the Person of His most holy humanity...This right of a mother then, I now yield to Thee and once more place in Thy hands Thy and my Son as a sacrifice for the redemption of man." Our Blessed Mother made known that her natural wish was to die in place of her Son, yet she admitted that were she to die on a cross, it would be less pain than watching her Son die on one, "This sacrifice costs me a much greater sorrow and pain." (Mary of Agreda)

Then Our Lord's executioners hastened to yank off His clothes roughly. They pulled off His seamless tunic over His Head, but the spikes of the crown of thorns caught the fabric and the crown came off with the tunic. The hands of His executioners seized the crown and sat it down on Jesus's head, the spikes opening new wounds; the second time He was crowned with the barbed coronet. Try as they might, these giddy hands could not remove His loin cloth, and miraculously they were unable to tear it from Him.

A shrill, vicious wind blew, and lashed Our Lord's exposed flesh that was ragged with wounds. The Heavenly Father had permitted the wind to be so vile so that it was part of Our Lord's agony.  His executioners ordered him rudely to stretch Himself out on the Cross, and with malice they stretched his hands and feet 'til they reached the auger holes which were designed to bear the point of the nails. His hands and feet were tacked to the planks of wood, and his bones were ripped from their sinews.

The Cross was hoisted into the air. An unknown darkness started to cover the land.  The sun was covered in a dark mass and a red ring "like a ring of fire" surrounded it (Emmerich). Our Blessed Mother was overcome with grief, and she begged Him to let her die, too, but at that moment Jesus entrusted her to John, and said, "Woman, behold thy son," and He said to John, "Behold thy mother."

The sky became ever darker and the stars became a glaring red, and as all light left, the silence grew. The dark and the eery silence caused some of the lingering crowd that had come to spectate the crucifixion to beat their breasts and they were converted to Christ. The Pharisees were anxious in the midst of the pitch-dark, but they put on proud demeanors, and they broke the silence to lie that there was nothing strange in sun being covered. All that could be seen was a dark yellow tint where the sun once had been. The birds of the air were so petrified that they fell from flight onto the ground.

Stillness dominated. Jesus hung from the nails that crudely tacked His hands and feet to planks of wood, and "His soul was overspread with an indescribable feeling of bitterness and grief...He turned nevertheless to His Heavenly Father, He prayed for His enemies, He offered the Chalice of His sufferings for their redemption...and repeated those Psalms the prophecies of which were then receiving their accomplishment in Him." (Emmerich)

When he had prayed the prophetic Psalms which were fulfilled by His hanging to the Cross, He entered a deeper agony and grief, such as which no human can ever begin to describe. When the torment had reached a point that was beyond any human's ability to put into words, then he had merited for you and me the grace to overcome temptations to despair which will come to you and me at the hour of our death.

Jesus then made an offering of His poverty, His labors, and most of all how He had suffered man's ingratitude, that thanklessness from human beings that met Him: all this He offered for our sins and weaknesses. Before His Heavenly Father, Our Lord gave for our inheritance the merits of His Passion and Death.

Mary's own, my personal reflection: To honor Our Lord on the Cross is to appreciate His Divinity and His Mother's perfection, but also to know the faults and sinfulness of the human condition from which Our Lord died to save us. That there were rotting dead bodies dumped near the Cross that no one had claimed was testament to the shame of Calvary, that the most depraved died there and family members would not be seen retrieving cadavers for burial. Our Blessed Mother, in her perfection, was not put off being by her Son in this place of ignominy and shame, she did not fear being there because people would think her the mother of a reprobate, rather she was there to witness Christ's Agony that was offered for those who could not bear to go there to collect the bodies of their family who had known capital punishment there because they would be so strongly associated with criminal sin.

The human executioners who did the bloody work of tacking Jesus to the Cross did not have any empathy with His plight; they sought ways to make Him suffer all the more. When Jesus hung from the Cross, and the stars turned red and the sky was black, there was the arrogant narcissism of the Pharisees who pretended it was a normal occurrence when the sun's yellow disappeared like sodium that is burning out into nothingness. I think of the sun during the Passion as being veiled, like a widow's hair covered in black lace.

At the center of it all, is the insight given by both Anne Catherine Emmerich and Mary of Agreda that our human capacity for description is not just inadequate but wholly incapable of merely describing the Passion. As Mary of Agreda conceded, "It is impossible for human tongue or word of mouth to describe the torments of our Savior Jesus". You and me, in humility, may know our limits, we may meditate on Our Lord's Passion, we may honor His wound, but we can never give voice properly to the Passion.

That Our Lord offered the part of His agony that is beyond our comprehension for us when we are about to die must surely give you and me pause to consider the seriousness of that time, the last moment of our lives, when our souls will leave our bodies, and make us realize the gravity of our petition in the Hail Mary when we ask Our Lady to pray for us at our death. At Calvary Our Lord offered His dying for us when we are dying. 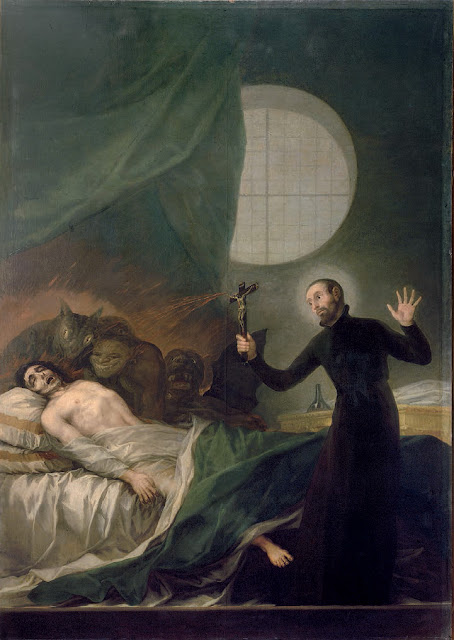 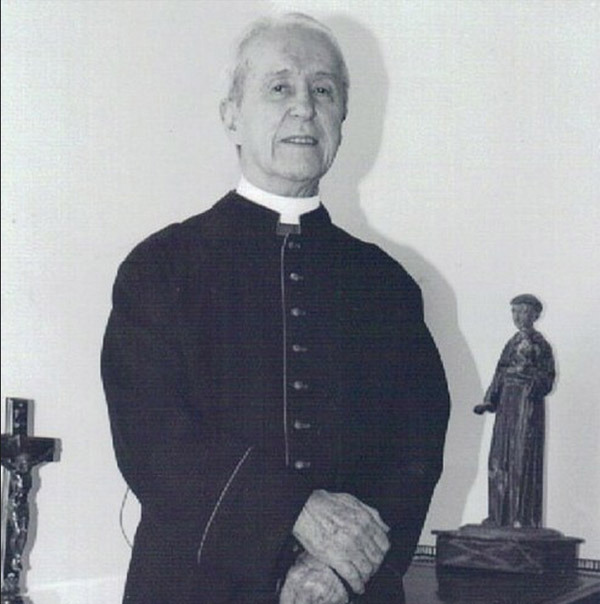