MY THOUGHTS ON NATURAL FAMILY PLANNING... 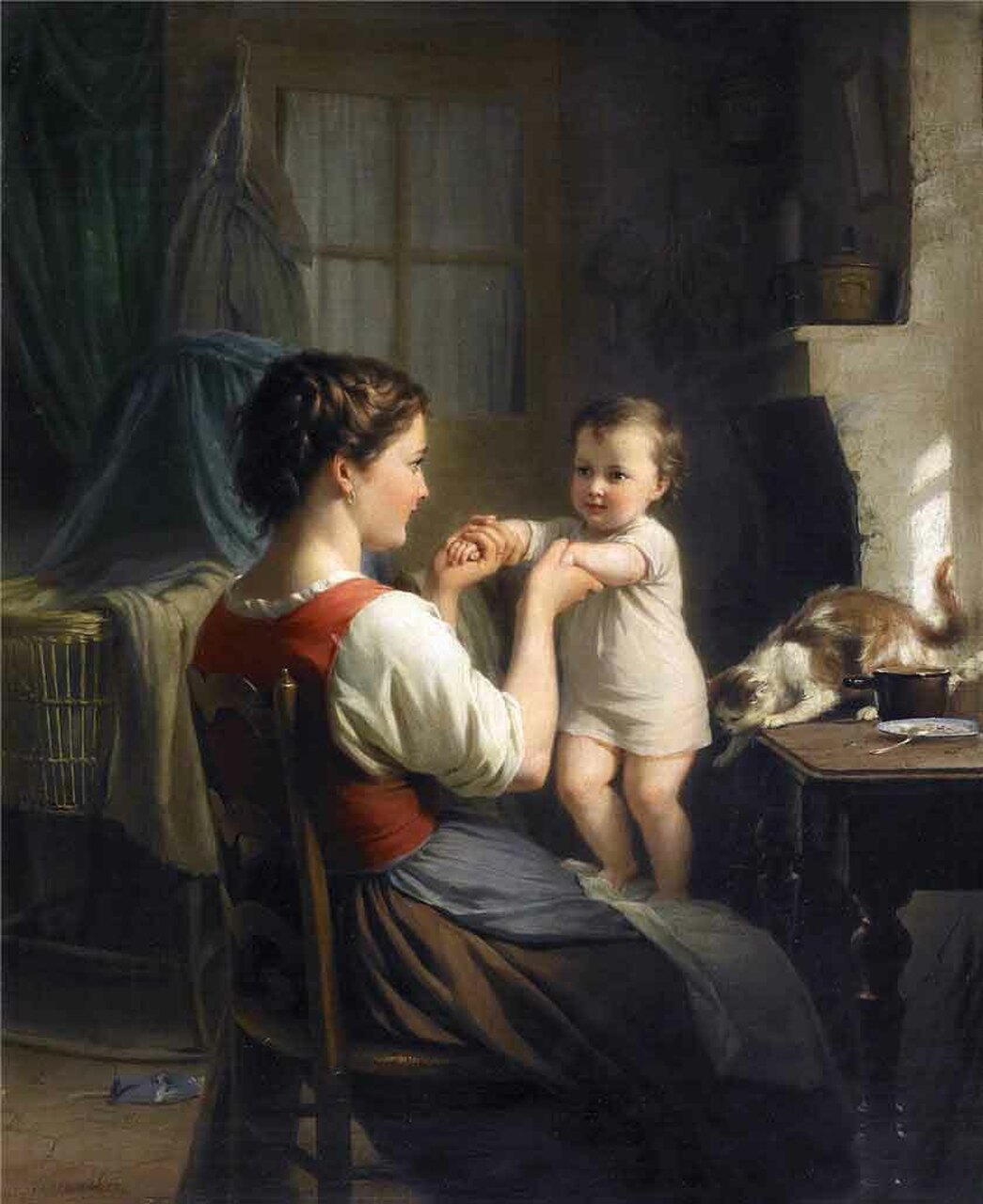 I need to honor a request that a faithful reader made of me. In 2013, 8 years ago, I wrote a piece for The Catholic Herald in which I argued that the debate that governs "Natural Family Planning" or "NFP" or "Natural Fertility Awareness" ought be drastically re-directed, or re-founded completely.  The link to the original webpage has, I've heard, broken down. So, I'm posting the piece that I wrote here:

The mere mention of Natural Family Planning causes a section of young Catholics to throw their eyes to heaven. For over five years, whenever this topic comes up, I’ve been asking them why they so strongly reject it and have no intention of ever using it.  Their personal reasons are not what we might expect.  It’s not because they think of NFP as "Catholic contraception". It’s not because they fear contravening the Church’s clause on NFP, that a married couple must only use it if they have serious reasons for avoiding pregnancy. And it’s not because they think the method is messy or that they are unwilling to learn it.

It’s because they can’t imagine themselves as having the luxury of enough time to use NFP. They will be getting married "late" and the idea of spending time avoiding a pregnancy is so luxurious a notion as to be fantasy.  Their minds are full of worries that that they will never have one baby. They never think that NFP could be the very method that could pinpoint their fertility highs and thus help them conceive their children.

For too long, the NFP debate is being argued solely on the basis of the morality of spacing children.

But keeping in mind Catholic couples who have resolved not to undergo IVF, where is the gritty discussion on using NFP as a way of guiding conception? It’s very telling that so few associate NFP as the means of helping couples have a baby.

Truly, the heart of the matter is that my generation are spending gruelling years in the dating scene, desperately looking for a suitable husband or wife. When they finally marry, time is not always on their side.  But still we have commentators arguing that engaged couples must not learn NFP – because they will become like those folks who use condoms and the Pill!

Withholding information on NFP, might constitute a serious lack of generosity and charity. But it’s also failing to look at the plight of many modern couples.

This has been brought home when I heard devout Catholic couples in their 30s and early 40s saying that they "wasted precious time". They had married, hoping to have a baby straightway, but when no baby came, they looked into NFP as a means to guide them. They are still trying, but regret that they did not have knowledge of NFP going into marriage. Their beef is that the time they spent learning NFP could have been spent using it to conceive their much-longed for baby.

As Catholics, we urgently need to re-orientate the debate on NFP.  In the absence of such an informed discussion, we obsess about age and youth.

It saddens me to see my fellow young women being excoriated by secular society – when they have children - and when they don’t.  Younger women having crisis pregnancies are instructed, "Be clever and have an abortion".  Women who cannot find Mr Right are told that, "You risk not having kids if you are too old."   I’ve known women who have had crisis pregnancies, have had their babies young, but then as the years go by, they watch their friends struggle to get pregnant. It’s remarkable to see how glad they become that they had a crisis pregnancy.

But beating mature women over the head because they did not have a baby when they were younger and more fertile is often pointless and often an underhanded way of criticising women for their age. Would we prefer that more women marry younger, make hasty bad marriages, for the sake of having an easier time having kids?

If we are truly concerned that couples will succeed in having a baby, and that they can make the most of their fertile years, isn’t it time that we opened up the discourse on NFP to show how it could help their chances? Or, are we too hung-up on comparing NFP to artificial contraception, and too fond of undermining women because of their age?

Classic painting of mother and child was executed by Fritz Zuber Buhler. 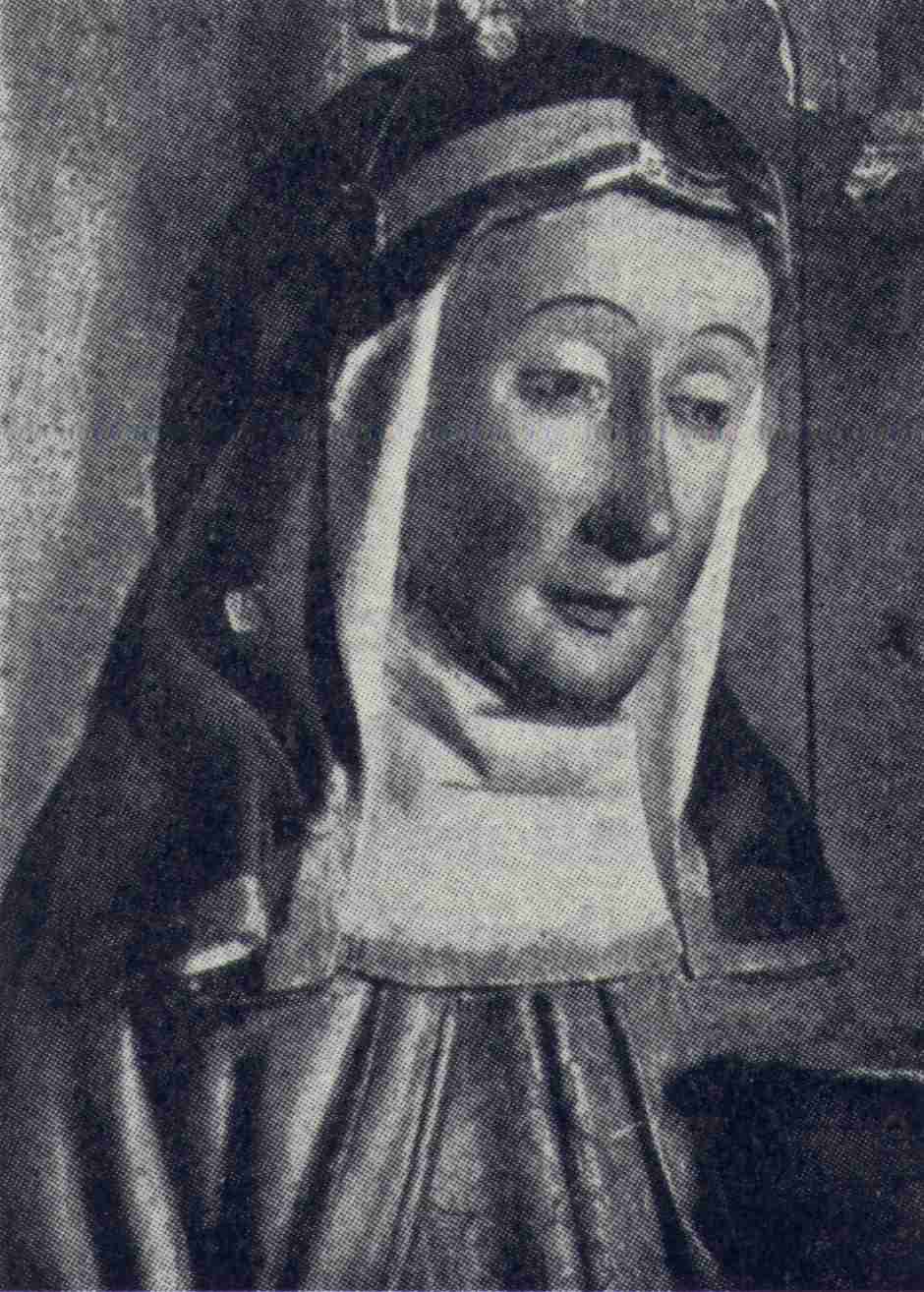 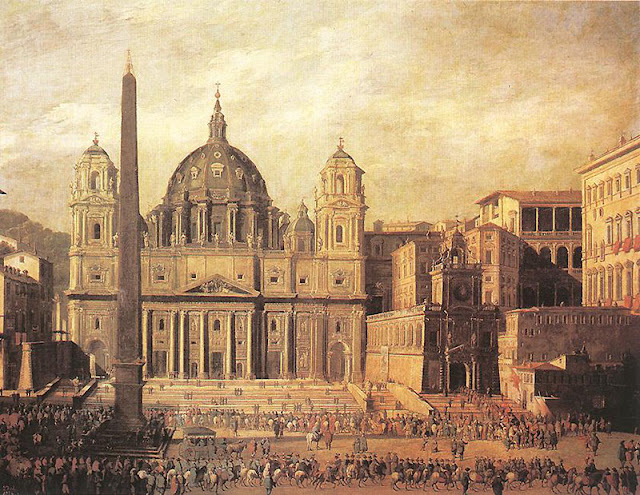 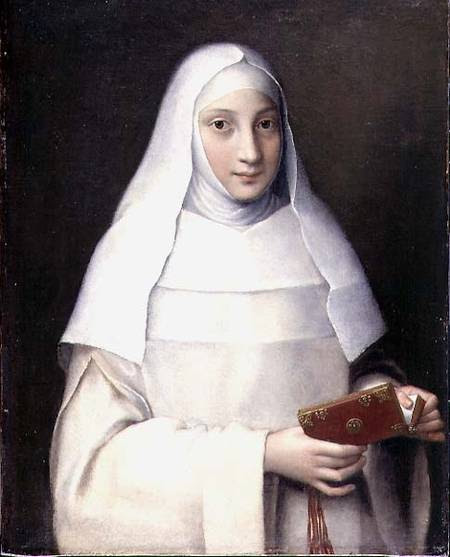 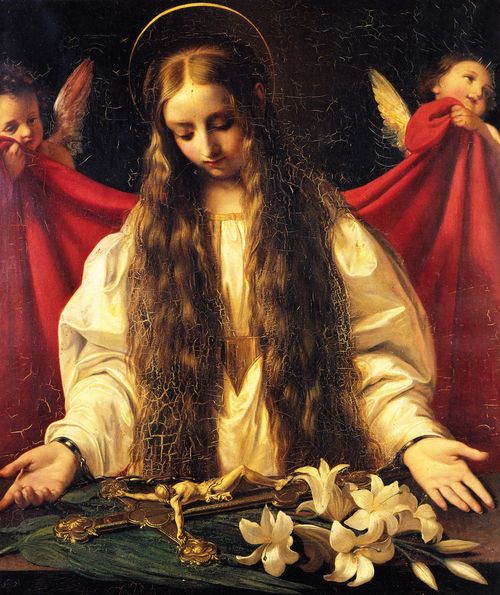