Your life might be saved by a Catholic doctor

Trust in doctors has been shaken recently because of a sting operation by the Daily Telegraph. Recorded footage shows doctors who were willing to hastily sign abortion papers for pregnant women who wanted abortions because the baby was a girl. 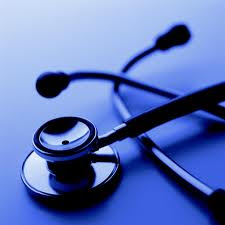 The general public is starting to ask if these are just isolated examples or if this has become the norm. The investigation also throws into sharp relief the modern clinical setting where many Catholic medical professionals train and work. Do Catholic med students have to compromise their ethics and perhaps even absorb the culture of arranging illicit abortions?
Over the past few months, I have interviewed Catholic med students and newly qualified doctors about their non-academic trials.
Richard is in his 30s and is a final-year med student at University College London.
He says that he benefitted from going into medicine a little later than teenagers and twenty-somethings: “I was more mature in my faith, had a better understanding of the Church’s teachings and have been better able to hold my ground.
“My experience is that med school is designed to scotch opposition to abortion and conscientious objection. As students we were given a lot of misinformation. We were instructed that if we didn’t want to be involved in an abortion that we ‘must’ refer a woman. The 1967 Abortion Act does not state that doctors ‘must’ refer, and neither does the General Medical Council. But we should tell a patient looking for an abortion that they are entitled to a second opinion. My professors have always referred to ‘a woman’s right to choose’.  During one tutorial a consultant gynaecologist talked about the bad times “when you couldn’t get an abortion for a pregnant girl who was in a dreadful situation” and then the consultant  joyously exclaimed: “Isn’t it wonderful that women now have the right to do with their bodies what they wish... isn’t that wonderful?”
Catholic med-students doing medical research can also find themselves in tight spots. Francesca took a year out of her medical degree at York, to do research at Manchester University, where she was studying heart failure by testing adult human tissue. A predicament arose when on two occasions; she was presented with foetal tissue to test which made her feel “very intimidated”.
She said: “Using the human life that had been destroyed as a means to an end was a repulsive idea. To work so closely with aborted tissue could also create scandal. We owe it to our patients and colleagues to be as straightforward as possible about our ethical stance. However, some argue that you could justify using foetal tissue taken from an aborted baby, because you haven’t done anything to cause the death of the body from which the tissue was taken.
“But before the abortions, women are asked if they would like their aborted foetus to be used for medical research. The women are glad that ‘some good can come of this dreadful situation.’ So, if you agree to testing aborted foetal tissue, you can be indirectly sanctioning the procedure by which you got the foetal tissue.”
On both occasions, Francesca explained to her professors that she would not test the foetal tissue. She said that she wasn’t happy about the process where the tissue had been gathered.
“They were very respectful of my decision. But it can be hard because you know that if you did test the foetal tissue, then you could get more research done, more papers written, and get on more easily with your colleagues.”
Andrew is 25 and a newly qualified doctor. He attended Barts and believes that “medicine is a vocation first and foremost; you are there to serve and grave responsibilities come with the job”. One challenge that he faced was that he was called “an extremist because I don’t agree with abortion in the case of rape or with emergency contraception or IVF”. Nonetheless, he earned the respect of senior doctors when he reminded them: “Pregnant women are not presented with all the options that would help them keep the pregnancy. And there is not nearly enough coordination between the medical profession and groups like Life Pregnancy Care. If there was, we would see a drop in the number of abortions carried out.”
During his time at med school Andrew was told that it was illegal to send a woman for an abortion for reasons of gender or race. But Andrew suggests that there is a lack of clarity in the way med students are taught to find reasons for abortions, because “as medical students we were taught that abortions must be always allowed for unwanted pregnancies”.  Do not “unwanted” baby girls fall into this category?
But Andrew thinks that doctors who arrange terminations for baby girls are “especially dishonourable, they are complicit in direct eugenics”. He found his obstetrics and gynaecology placement “the absolute hardest time” and when I ask him if he would become an obstetrician he says “no way”. Andrew is more interested in other specialities, but concedes that “obstetrics is a minefield for a Catholic”. 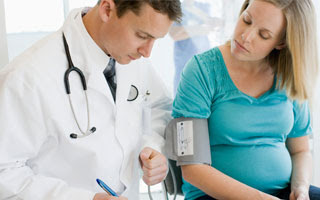 It’s not an accident that there was a spectacular decline in the number of Catholic obstetricians following the 1967 Abortion Act. Catholic obstetricians and gynaecologists are now a rare breed. Their absence poses problems for ordinary Catholic women who want to be treated by doctors who understand the decisions that they make about women’s health and childbirth. It also means that our faith, which has a very strong voice on the sanctity of life and the dignity of each human person, is not being heard in a vital area of medicine. But the question in 2012 is: do the moral dilemmas continue to deter Catholic med students from becoming obstetricians?

It is forbidden, by law, to discriminate against a student who wishes to specialise in an area of medicine on the basis of their religion. But it is not illegal to discriminate against someone because of their pro-life stance. One obstetrician told Richard that pressure was put on junior doctors to participate in abortion “with the implicit understanding that participate or you won’t be progressing”. In the February edition of the Catholic Medical Quarterly an article mentions that one trainee doctor in obstetrics and gynaecology was denied a post because of her refusal to do abortions.
Richard met intolerance from some of his peers for people with religious views. A former friend said that she thought people with strong religious views should be banned from becoming doctors. Richard responded: “Would you prevent people of talent from coming into medicine – to help save lives – because your secular views are at odds with their religious ones?” This silenced her, but the friendship soured. 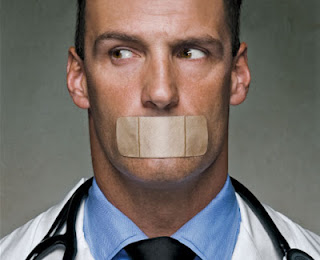 Richard’s experience highlights a shared theme for all the med students that I spoke to. They pointed out that their fellow med students found it strange that someone would be religious and faithful to teachings such as not having sex before marriage.
Francesca notes: “It’s always best to be very courteous. No one has ever been rude to me about my views, but it’s important to have an answer ready. When I’m explaining why I don’t agree with sex before marriage, I point out that young people can be used for sexual pleasure as opposed to being valued for themselves.”
While there are unexpected challenges, the majority of the medics that I interviewed would wholeheartedly encourage other Catholics to become healthcare professionals. Richard says: “We need as many staunch Catholics as we can get! We need less of a heartless and cold approach to illness, and far more genuine compassion and a love of humanity shown by clinicians. True Catholics will be prepared to go the extra mile for their patients, and not see patients as a ‘case’, but as a human person behind the hospital lists.”
Francesca points out that a lot of debate focuses on the friction between Catholic teaching and modern obstetrics, but says: “You have to make many sacrifices to be compassionate and diligent. It’s all very well standing up as the Catholic doctor who doesn’t prescribe contraception, but you have to develop the virtue of charity and perseverance to get mundane things done.”
Richard corroborates Francesca’s point about diligence: “It’s hard work. But the reality of being a Catholic doctor is never as bad as you fear it will be. It’s also an honour that patients tell you stories from their lives that no one else knows.”

Richard has a heart-warming example of how one Catholic on the wards might prevent someone’s early death. On a ward round, Richard met an elderly male patient who had been put on the Liverpool Care Pathway, which is described by its supporters as “slowly withdrawing life-prolonging treatment at the very end of life, to allow the patient to die with dignity”.  But in hard clinical terms, it involves having food and fluids withdrawn. Richard noticed that this 98-year-old patient’s blood results were improving and he suggested that the old man be taken off the Pathway. The consultant gave this some thought, and the man was taken off. The elderly man continued to improve and in days was stretching out his hand for a drink of water… 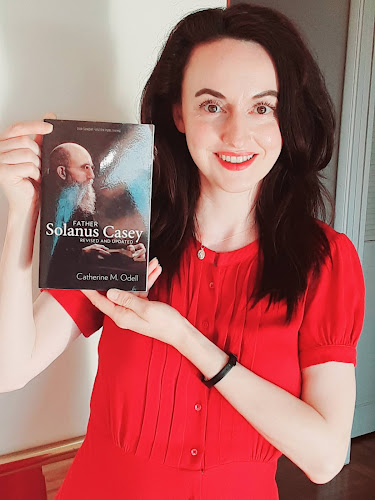 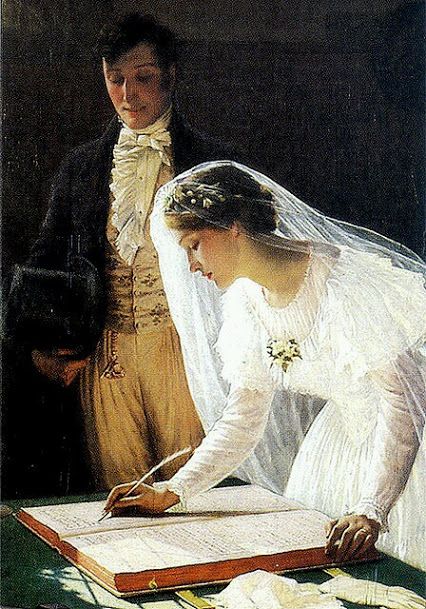 WOMEN DO NOT HAVE THE SAME BIOLOGICAL CLOCKS AS MEN, WHY IS IT GOOD FOR THEM TO DRESS AS MEN? 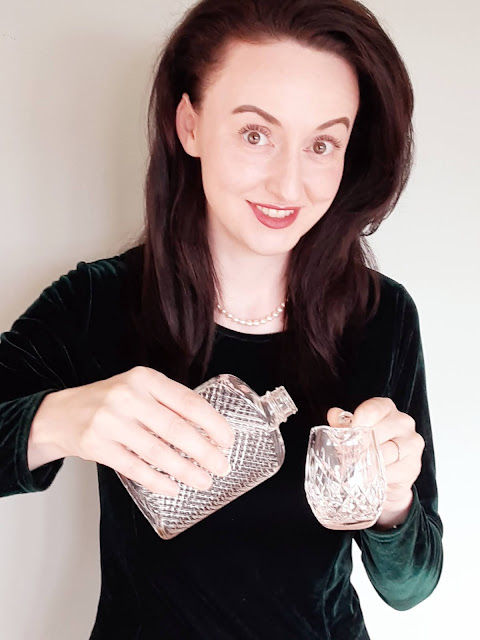