Dorothy Day turned me into a film director

"I’m not a filmmaker,” insists Claudia Larson, the writer and director of Don’t Call Me a Saint, a documentary about Dorothy Day. The film is an honest and beautiful portrait of Day’s life. And if you’d seen it, you would be forgiven for thinking that Larson is an expert in filmmaking. 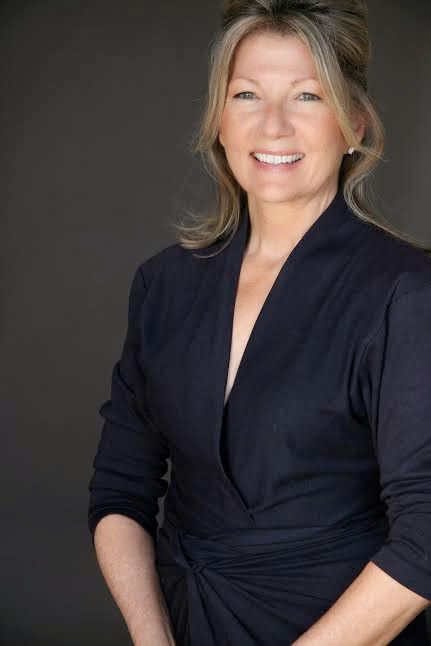 Larson spent 15 years making the documentary. When I ask her how she became so committed to preserving Day’s memory, she says with a laugh: “It’s as though Dorothy walked up my front stairs, knocked on my door and, like a fool, I answered it. She just moved in and made me do it.”
Larson made the movie even though she had never been to film school and she also paid for the production mostly out of her own pocket. “I learned as I went along,” she says with breathless enthusiasm.
She is certain that it was Day’s spirit that guided her. “I was consumed with researching her life and if it never came to anything, that would have been OK because it was a great journey. But I knew Dorothy was too practical. She didn’t just want me to have lots of historical stories to keep to myself.”
Listening to Larson, I have the strong impression that she and Day were close friends. But they never met. Day was born in Brooklyn and died at the age of 83 in 1980 in the residence she founded for homeless women. Larson grew up in Los Angeles and, although she lived in New York for many years, she never heard of Day or the Catholic Worker Movement. It was in the early 1990s that she began to chronicle Day’s life and was very determined to have “Dorothy tell her own story with no interference from me”. She insists that the film is “pure Dorothy”.
Larson even goes as far to say that “Dorothy directed the content and the length of the film”. The stars of the documentary are the people who were closest to Day: her good friends and, most notably, her daughter Tamar. Larson used the medium of cinema to capture on camera those who knew Day best. The clock was ticking because some of her interviewees were nearing the end of their lives and many have now died.
Was Larson making the film because she is a Catholic who yearned to document Day as a celebrated convert to Catholicism? “No. The fact that I’m a Catholic has no bearing on the film,” says Larson, “I am a cradle Catholic but I didn’t make the film because Dorothy was Catholic.”
This confounds me, because Larson’s film focuses on Day’s devotion to the works of mercy. Digging deep as to why Larson did not single out Day’s Catholicism, she says: “I didn’t want to alienate anyone and Catholics are not the only ones interested in her. People of all faiths are drawn to Dorothy and to studying her work. Many an atheist is fascinated by Dorothy Day.” 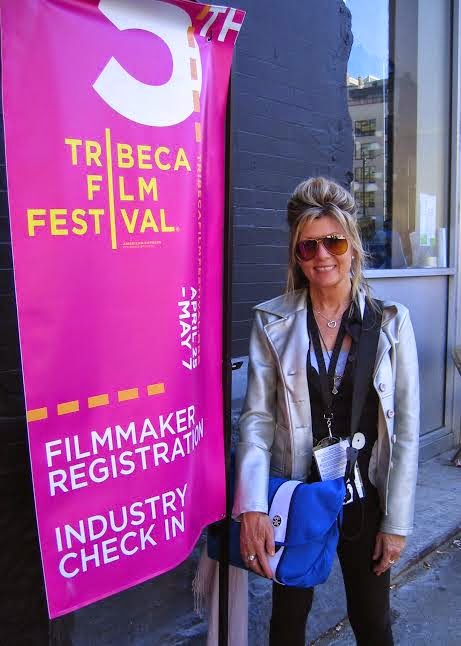 When the film premiered at the prestigious Tribeca Film Festival in 2006, Larson was reproached by one audience member for not concentrating on Day’s relationship with the Catholic Church.  Larson says: “If I had focused solely on Day’s Catholicism it could have been a three-hour film.”
As I’m someone who finds Day’s conversion to Catholicism mesmerising, I appreciated the way Larson’s film portrayed Day’s strong faith as an integral part of her life. Don’t Call Me A Saint doesn’t create a divide between Day’s faith and social activism, but treats them as they were: completely interrelated.
A stirring section of the film covers Dorothy Day’s time as a reporter at the Hunger March in Washington DC in 1932. Day felt very conflicted because she wanted to employ her Left-wing practices, but felt they were at odds with her Catholicism. So she prayed at the  Basilica of the National Shrine of the Immaculate Conception that she would find methods to help the poor in a way that sat well with her faith.
The next day, she went back to New York and found Peter Maurin waiting for her. Maurin had been a Christian Brother for a time, but now sought out Day as his collaborator. Together they founded The Catholic Worker in May 1933, but Day always credited Maurin as being the primary founder.
Larson’s film bridges an important gap by showing how Maurin became Day’s teacher – sharing with her his system of combining Catholic beliefs with a blend of radical socialism. Maurin and Day aimed to put as many of the works of mercy into practice as possible.
There are many earnest Catholics who distrust Maurin and Day because they find it hard to accept Day’s Left-wing sympathies, and see Day’s political views as incompatible with Catholicism. So it’s important to ask if Larson has strong political allegiances that influenced the film. “No, I’m not a Catholic Worker,” she says. “I don’t have any political agenda. Maybe that’s why Dorothy knocked on my door.”
Larson’s film shows that Day was not a textbook Left-winger, but rather that her greatest teachers were the poor people who crossed her path. The most striking example is the film’s interview with Eileen Egan, a close friend of Day’s, who relates what Day did after a gut-wrenching tragedy. It was the 1930s and America was in the depths of the Great Depression. Two female friends came to the soup kitchen. They were homeless and so asked Day if they could stay the night. Day could not find an inch of space for them: people were already sleeping on every floor.
Later, one of the women returned. Day asked her where her friend was. She told Day that her friend was so distraught at not having a place to sleep in the soup kitchen that she had gone to a subway station and thrown herself under a train. Cut to the heart, Day took her last five dollars, went down the street and found an empty apartment. She put the five dollars on the table, offering it as a deposit, and the flat became the Catholic Worker Movement’s first house of hospitality. There are now more than 180 houses of hospitality across the globe.
There are other tear-jerking moments when the film focuses on the crowds of severely mentally ill people who congregated in the houses of hospitality. One interviewee, Pat Jordan, tells of two mentally ill guests who caused a disruption. One of them went out naked on to the fire escape. They had to be asked to leave the house. But they came back on Easter Sunday and were welcomed with open arms. Their behaviour was never held against them. Thus, Pat Jordan concludes, they were forgiven “77 times seven”, as Jesus commanded.
Larson does not consider herself a particularly good Catholic, but her film shows clearly how Day abandoned herself to Divine Providence. One story is likely to resonate with readers who struggle with high fuel costs during wintry weather. One bitterly cold winter, when there was no coal to light the furnace, Day had only one piece of coal left.  As St Joseph was patron of the Catholic Worker house, she put the last piece of coal beside his statue. Without any notice, an anonymous benefactor ordered a truckload of coal and it was delivered that very evening.

Larson tells another story that illustrates how Day learned from the poor, “Dorothy and Eileen Egan were on a boat going down the Thames in London. It was chilly and they were only wearing cloth coats. Dorothy took the Times, divided it with Eileen, and stuffed her half inside her coat, saying that she had learned how to keep warm from the men on the Bowery.”
Larson’s film does not shy away from the grittier aspects of serving the poorest of the poor. There are snippets of a television interview with Day, in which Day tells the viewers that the Brooklyn police brought old women who had been sleeping in abandoned buildings to the Catholic Worker house so that Day could care for them. Day described elderly woman as being covered in lice and suffering from a prolapsed rectum. It was not unusual for the police to drop off people who were drenched in their own urine.
Don’t Call Me a Saint is both a poetic and harrowing piece of cinema.  For a film that was a decade and a half in the making, it is concise, coming in at just 55 minutes. It’s clear that Larson took great care in choosing each frame of the film. “It’s the length that Dorothy wanted,” she says, “so it would fit in a classroom time-frame.”
Larson will not allow me to give her any credit for the documentary, insisting that “Dorothy made me do this film”. I keep asking her Larson why she feels so attracted to Day. She says: “I related to Dorothy’s daughter Tamar, because my mother was a single working mom.” Tamar was Day’s only child from her relationship with Forster Batterham. Larson appears to see a lot of her own mother in Day and that sheds light on why she has such immense respect for Day, and a burning love of making Day’s legacy known. 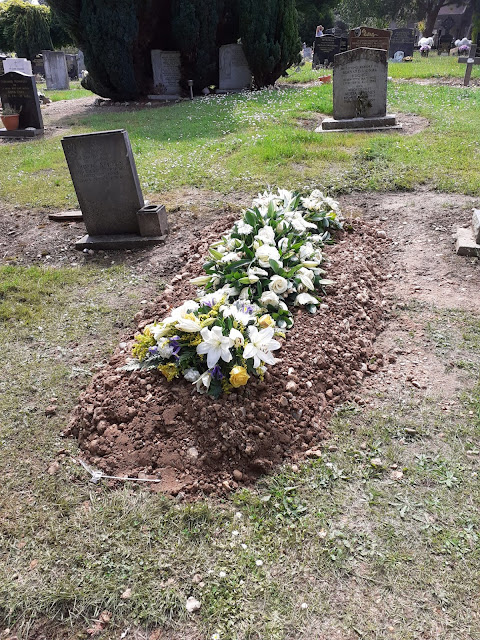 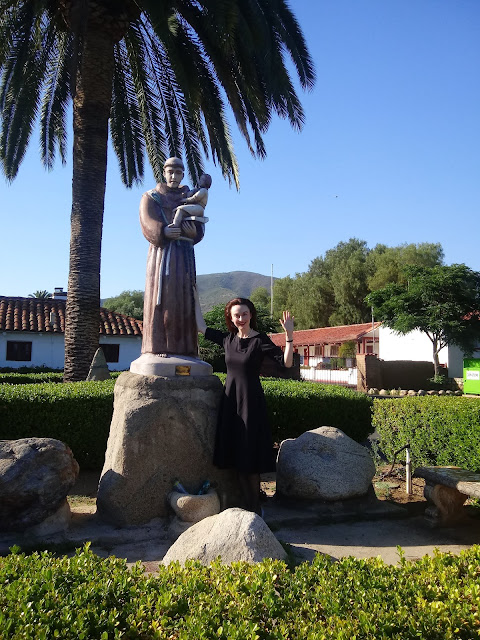