The extensive interview that I did with Nigel Farage is available... 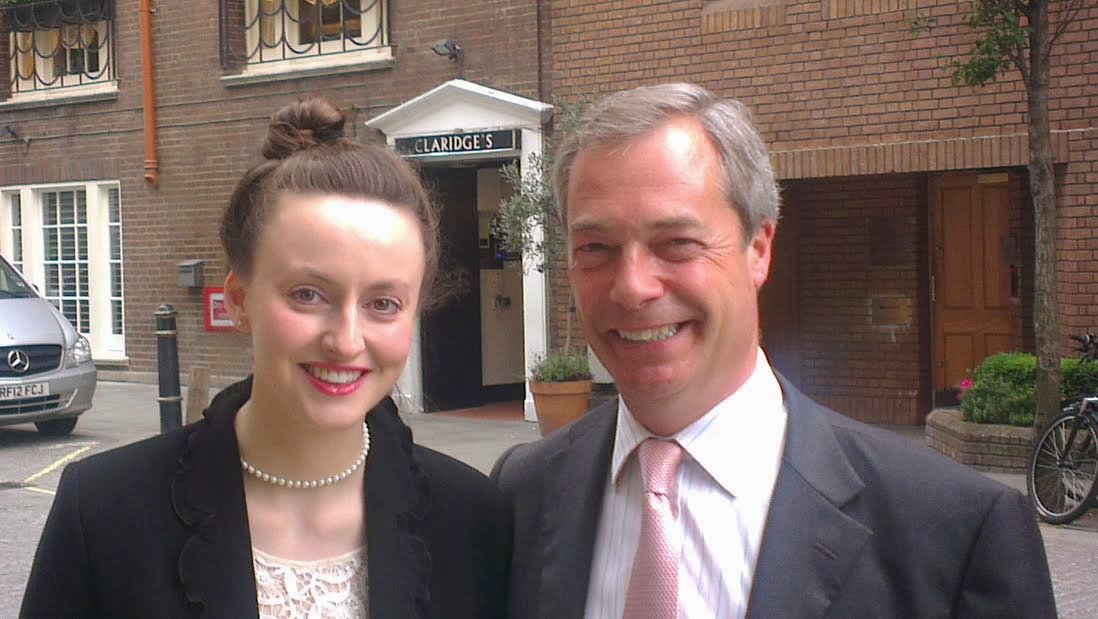 After blogging about what it’s like to interview Nigel Farage, his supporters and my readers have been asking how they might read the interview.

First access this link for The Sunday Business Post website.  Then type ‘Nigel Farage’ into the search box. You will access a page with stories on Farage, and the second one down is the interview that I did with him, entitled, ‘Farage aims to divide and conquer’.  My editor gave it that title. When I filed the article, I suggested an unrealistically long headline, a quote from Farage, “leaving the EU does not solve any problems, it gives you the ability to solve problems.”

It is a very long interview, and occupied a whole page in the print edition. I am not able to publish it on my blog, because it’s behind a pay-wall.  Part of the reason that I was awarded a good fee was because people have to pay to read it.

If you are debating as to whether or not to buy the interview, here are some samplers…

On Ireland, “you were bribed short-term with some cash, and then you joined a currency that gave you the most ludicrous property boom…”

On why the UK should leave the EU, “we’d have the opportunity for a more prosperous economy…”

On the Euro, “we got it right. You got it wrong.  And there’s no chance of the North joining the South now, because of the Euro.”


Farage has harsh words about the decisions that the Irish have made. Yet, I'm certain he's not anti-Irish. He could have insisted on a telephone interview with me, but instead gave me a lot of face time. If he were anti-Irish, he could have treated me as though I were one chromosome from a potato. But he treated me with a lot of politeness.

If you do go ahead and read the full piece, keep in mind that I grew my questions for Farage and my analysis from my discussions with UKIP supporters.

I went to interview Farage knowing that many of the points made by UKIP voters are not lies or based in fantasy. There are bread-and-butter reasons that explain why tribal Labour voters are defecting to UKIP. I tried and tested one common reason that such voters are going the way of Farage: work and money.

I have been keeping tabs on Bella (a variation of her real name) who is not a university graduate and who works in a variety of minimum-paid jobs which involve a lot of table-wiping and floor-sweeping. Bella would like to get a job that pays a bit higher than the minimum because ‘it’s quite hard to get by’. Testing Bella’s claims, I applied for work in some of the job agencies which Bella frequents.

Initially, when I fired off query e-mails and my CV to these recruiters, I thought that I’d get an interview with them, but that there would be a long wait.  No such thing. Half of them never replied, and when I phoned them, they were incredibly harried and told me that they had such high numbers of people cramming their offices looking for work, that they could not even spare the time to see me.

Maybe I'm not good enough. Although, I did well in university, I have good references (well, a small few) and I speak English fluently. Once upon a time, I taught English literature to A-Level students, so objectively I could fill a job as a nanny for teenagers who helps them with their homework. But there was no space for me – and no place for Bella.

It’s outrageous to remember that poor old David Cameron berated the likes of Bella for being ‘fruitcakes’. Does he not realise that she’s voting for Farage because he talks about taking people like her out of cycle of ‘just earning enough’? You can see why a former Labour voter like Bella would see Cameron as continuing in contemptuousness.  By talking down to UKIP voters, Cameron is effectively convincing working-class voters that he doesn’t know the problems they face.

Memo to Dave: Trying to court working class voters by saying you understand, but calling them names because they vote UKIP, is not going to endear them to you.

There are discrepancies in the way that UKIP voters describe Farage to me – and the way that Farage describes himself. Some see him as quite devoutly religious, a true commoner like themselves and ‘not like the snobby Etonians’.  See the interview for how Farage views himself.


Anglican friends and readers of this blog, take careful note:
When I was preparing the write-up of the interview for The Sunday Business Post, I had to leave out this quote from Nigel because of my word count, but you might like to see it…

Farage: “the Anglican Church is pretty fundamental to Eurosceptics because it is part of the wharf and weft of the Constitution of this country. We have an established Church.  And this is a very unusual thing.  The break from Rome was a very decisive thing for England, and I think the Anglican Church should be a lot more muscular in standing up for our traditions."
Email Post
Labels: David Cameron former Labour voters voting UKIP interview with Nigel Farage Mary O'Regan interview with Nigel Farage Sunday Business Post Sunday Business Post Nigel Farage