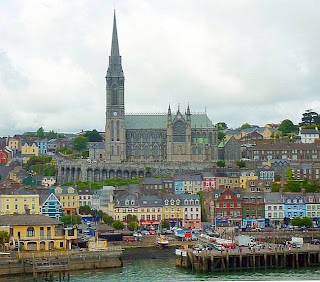 Is the structure of the Church in Ireland being re-built for the better?  Pope Benedict XVI has appointed Canon William Crean as the new bishop of Cloyne, a seemingly rock-solid appointment which could help steady the foundation of the brittle Irish Church. Just days ago, on Saturday, November 24th, the feast of St Colman, the declaration that the County Kerry priest, will be the first of a new generation of Irish bishops was made in Cobh Cathedral.  ‘Cobh’ or ‘Queenstown’ as it was known in colonial times is a County Cork town, where the waves of the Atlantic lap at the town’s edges.  The streets clamber up a steep hill, until they reach St Colman’s cathedral that crowns Cobh.  St Colman is the patron saint of Cloyne, and it was a thoughtful, as well as pious gesture to appoint the new bishop on the feast day of the saint.

It is expected that Bishop-Elect Crean will be consecrated a bishop in January – this will be the first Episcopal appointment in Ireland for over two and a half years. 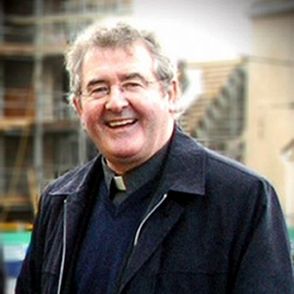 Bishop-Elect Crean will celebrate his 61st birthday on the 16th of next month. Ordained in 1976, in the reign of Paul VI, we might take note of the fact that he trained to be a priest in the wake of Humanae Vitae.  He has been a priest for 36 years, and has had a wide variety of posts where he has had to prove himself among ordinary Irish Catholics and during times of upheaval and great social change in Ireland. After his ordination, he was a curate in Killorglin, another town in County Kerry for three years, and then went onto work in a comprehensive school in the 80s. Also, for three years during the 80s, he was on the national executive of the National Conference of Priests of Ireland. An interesting item on his CV is that he was the founder of Radio Kerry and has been the station’s director for over 22 years.
He has been in Cahirciveen since 2006, a town which is also noted for its links to Monsignor Hugh O’Flaherty.  The Bishop-Elect’s brother is also a priest, and is resident in Kenmare, a popular tourist destination in Kerry.

The first thing that strikes you about Bishop-Elect Crean (or ‘Fr Billy’ to his parishioners) is his disarming smile.  And he’s known to his parishioners for his off-beat cheerfulness and humility, but he’s also not so reserved that he avoids tackling a difficult situation. On the very day that he was appointed, Bishop-Elect Crean stood in Cobh Cathedral and did not mince his words, he said, “I am deeply conscious of the trauma of these years past - so much suffering endured by young people at the hands of a few - sufferings compounded by the failure of those who didn’t believe them and those who didn’t hear their cry for help.” This is both a concise and gritty appraisal of the failings of the Irish Church – it doesn’t shirk from acknowledging that young victims were ignored. But nor does he embellish histrionically. Bishop-Elect Crean is being fair to his fellow priests when he says ‘at the hands of a few’, because it was a minority of priests who abused.
His modesty is evident in his request to the Catholics of Cloyne, “one thing I ask, however, is your patience to allow me time to grasp the full measure of this deep hurt”.
His new role as shepherd is no small undertaking, not least because the diverse diocese has a Catholic population of 150,000 in 46 parishes with 107 churches and covers most of Cork, Ireland’s largest county.
But more excruciatingly because: The diocese of Cloyne has been without a bishop since the disgraced Dr John Magee fled the scene.  Bishop-Elect Crean is the successor of John Magee who resigned for good in 2010 amid revelations in The Cloyne Report that, to put it mildly, he mishandled abuse allegations and did not follow child protection guidelines.
The shadow of Magee may well haunt Bishop-Elect Crean’s early days, and his first challenge is not to be darkened by his predecessor’s murky silhouette. To ease matters, it might be better if the general public (and even journalists like myself) will desist from putting the two men side-by-side. Inevitably, the people of Cloyne may hold him in comparison or contrast to Magee.  But already, there are hopeful signs that he will be a marked change to Magee.
Email Post
Labels: Bishop-Elect William Crean Cobh Cobh Cathedral Diocese of Cloyne Fr Billy Humanae Vitae Ireland Pope Paul VI Queenstown St Colman Twitter William Crean