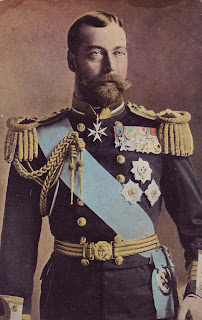 During the evening of January 20th, 1936, Padre Pio received visitors in his cell. The visitors were Dr Guglielmo Sanguinetti, and two other lay people. Suddenly Padre Pio took to his knees and urged them to pray; “for a soul that is soon to appear before the tribunal of God.” When they finished their prayers, Padre Pio asked of them; “do you know for whom you prayed?” Padre Pio then told them that “it was for the King of England.” Dr Sanguinetti, who was a dear friend of Padre Pio’s, was surprised that Padre Pio had said that King George was approaching the last judgment. The newspapers had reported that King George only had a touch of flu.
Around midnight, Padre Pio went to the room of Padre Aurelio, and asked him to pray with him for the king of England, who Padre Pio described as “a soul which at this moment is about to appear at the tribunal of God.” The two padres prayed for a time, and then Padre Pio returned to his cell. The next day, the Italian newspapers announced the death of King George. 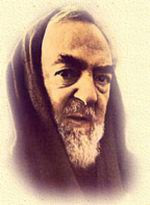 Padre Pio is not known to have had any contact with the British Royal Family. Many are curious as to why St Pio showed such concern for King George. King George was religious in the sense that he read a chapter of the Bible each day of his adult life, but was prone to remark; “there are some very queer things in it.” But when he became king in 1910, he broke with a 200 year tradition. It had been the custom that a new sovereign, when addressing Parliament for the first time, would condemn the Roman Catholic Mass and the invocation of Our Lady. But King George refused to declare the sacrifice of the Mass and veneration of the Virgin Mary as ‘superstitious and idolatrous’.
An Anglican and the son of the future King Edward VII, George was baptized on July 7, 1865 in the private chapel of Windsor Castle. Upon accession to the throne in 1910, the new king swore the following required oath: “I, N., do solemnly and sincerely in the presence of God, profess, testify and declare that I am a faithful Protestant, and that I will, according to the true intent of the enactments to secure the Protestant Succession to the Throne of my realm, uphold and maintain such enactments to the best of my power.”